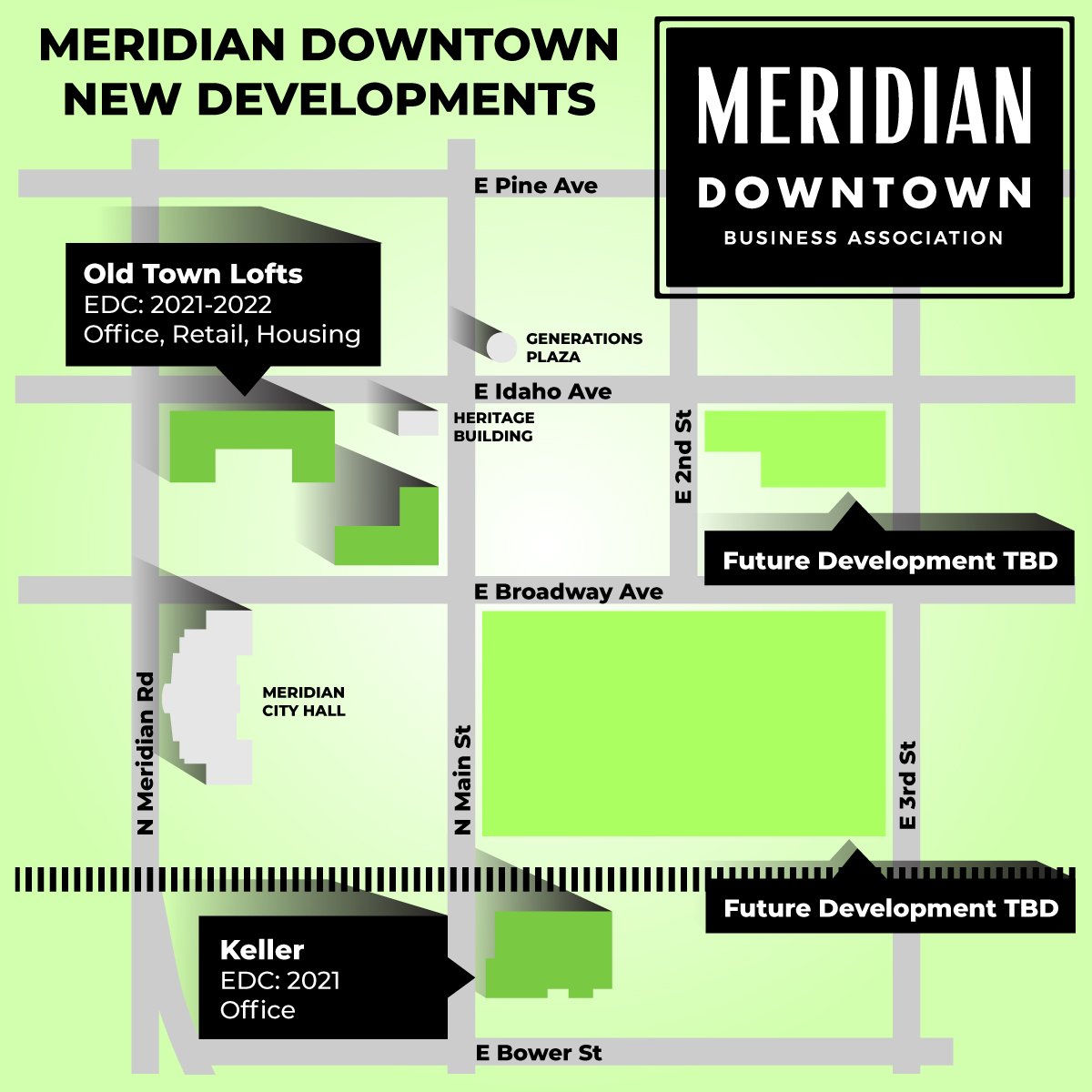 The building elves of downtown Meridian are busy at work, and new construction is popping up faster than you might think. Despite even locals being surprised that Meridian has a downtown, it has become a hot spot for new businesses and shops. A few new construction projects will really help to round out our charming city, and provide more reason to head downtown and check things out.

The Old Town Lofts, which consist of 102 apartments and 16,000 square feet of commercial space, are going to bring some new life to downtown Meridian. They are slated to be built on the block between Main Street and Meridian Road, north of Broadway Avenue. Josh Evarts set this project in motion and is working with The Pacific Companies, which is a real estate company based in Eagle. This new landmark will hopefully bring more reason to come, or live, downtown. You can expect to find new shops and businesses taking up space in the new building, as well as all the new residents who will be living in the Lofts' one- and two-bedroom apartments. This will be the largest project in the area, and is scheduled to be completed in summer 2021.

Keller Associates (MKA) is a multi-discipline civil engineering consulting firm that has been involved in numerous projects throughout the western region, and has housed its offices in Meridian for 20 years. Now that they've nearly doubled the number of their employees, they are excited to continue expanding in a new building. Currently they occupy an office building located at Southwest Fifth Avenue off Franklin Road but will plan to move into a three-story, 18,000-square-foot building on the northeast corner of Main and East Bower streets. They will take over most of the space, and plan to lease out the remaining to other businesses. It will really change the landscape of downtown and hopefully be a catalyst for more businesses to do the same.

The Union 93 project will bring even more reason to move downtown, as this project will feature apartments, with a mix of studios, one-bedrooms, and two-bedrooms. The block where it will be built is mostly vacant, and sits between Main St., Broadway Ave., E. 3rd St. and the railroad track, near Meridian City Hall. Similar to the Old Town Lofts, the new building will house retail space on the ground floor as well as a parking garage and several amenities for residents. This will become the tallest building in the downtown area, and developers are looking forward to it bringing new life into the already bustling town.